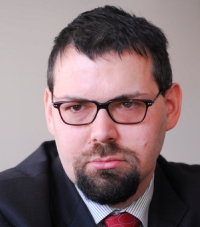 Gas is the "ideal backup" fuel for renewable energy sources (RES), key note speakers at PowerGen2012 agreed in Cologne today. "This is good news if you are building gas turbines because the capacity is needed. But this is not good news if you are investing in gas-fired plants as your return in investment is extremely unpredictable," said  Laszlo Varro, Head of Gas, Coal and Power Market Division (GCP), International Energy Agency (IEA).

Published in Markets
More in this category: « China to double gas consumption over next 5 years - IEA Gas, wind to become the backbone of Germany's energy mix – Siemens »

Nov 29 – Equinor has announced plans to invest 10 billion Norwegian crowns ($995M) to change the Oseberg field from primarily being an oil field to becoming a substantial natural gas producer with large remaining gas resources. Oseberg is the third-largest oil producing filed on the Norwegian Continental Shelf, and the operator has submitted and amended development plan to the energy ministry.

Nov 26 – ABB, Wärtsilä, Metacon affiliate Helbio, and the classification society RINA are jointly working on delivering a power solution for marine application that is fuelled by hydrogen. The aim is to have a scalable solution that will exceed the IMO 2050 target for a 70% reduction in carbon intensity without the need for extensive investment in new infrastructure. Wärtsilä gas engines can already run on a mix of hydrogen and LNG, and the company strives run them 100% on hydrogen fuel in the near future.

Nov 25 – Wärtsilä has been contracted to supply a 25 MW / 100 MWh energy storage system to a Belgium customer, marking its entry into the Belgian energy storage market. The order was booked to Wärtsilä’s order intake in October 2021, and the system is scheduled to start operating in the fourth quarter of 2022.

Nov 25 – Triveni Engineering & Industries has signed a 10-year accord with GEAE Technology USA to produce the LM2500 gas turbine base and enclosure locally in India. The turbine is the chosen propulsion equipment for many surface combatant vessels of the Indian Navy.

Nov 24 – Wärtsilä has launched a new IQ Series exhaust gas treatment system, designed by its Exhaust Treatment business unit in Moss, Norway. Designed with a smaller footprint, the new scrubber takes up 25% less space, is 30% lighter, and has 35% less volume which makes it particularly adapt for use on container ships, but also for stationary engines.

Nov 23 – African Export-Import Bank (Afreximbank) has signed a $50 million term loan facility for the Aba Integrated Power Project (IPP) in Nigeria, which comprises of a 141 MW gas-fired power plant and a 27-kilometer feeder pipeline and a distribution utility. Before greenlighting the loan, the bank advised projects sponsor Geometric Power on restructuring sol-called “gap capital” in the $332 million recapitalisation funds for the Aba IPP.

Nov 22 – Siemens has developed an ecosystem-based approach to calculate Product Carbon Footprint (PCF) with a with a view to track and reduce emissions. SiGreen helps exchange emission data along the supply-chain and combine it with data from a company’s own value creation to obtain a product’s true carbon footprint.

Nov 17 – Russia’s Gazprom is in negotiations with VNG, one of Germany’s largest gas importers, to extending long-term gas supply contracts and “increase the supply volume thereunder.” Leipzig-based VNG imports and stores Russian gas in Germany’s eastern states and Berlin, and together with Gazprom it is building the Katharina underground gas storage (UGS) project with a design capacity of 650 million cubic meters (mmcm) of working gas volume and 26 mmcm daily withdrawal rate. The Katharina UGS is due completed in 2025.

Nov 15 – The Filtration Division of energy management company Eaton has added a higher volume flow rate system to its IFPM series of PLC-controlled, mobile, off-line fluid purifiers. Complementing the IFPM 33, which has a flow rate of 8 gpm (30 l/min), the new IFPM 73 has over double the flow rate of 20 gpm (70 l/min) for purifying oils and gas liquids stored in large tanks and reservoirs.

General Fusion sets up new base in Tennessee

Nov 12 – General Fusion has set up a new operations base in Oak Ridge, Tennessee, as it seeks to commercialize fuson technology in collaboration with national laboratories, universities, and the U.S. government. This expansion will create up to 50  technical jobs.

Nov 10 – Bloom Energy has been contracted to deploy a 1 MW fuel cell at Bar 20 Dairy Farms in Kerman, California, to produce on-site, renewable electricity from dairy cow manure. Dairy biogas contains up to 65% methane and the waste-to-energy project captures methane that would otherwise be released into the atmosphere. The installation marks Bloom’s first biogas project.

Nov 9 – Three hard coal-fired power plants in Germany, due for phase-out and decommissioning next summer,  might have to stay onstream to ensure supply security after regional TSOs said the units were “system relevant”. It is now up to the federal grid agency BNetzA to decide whether the three plants, owned by Uniper, RWE and STEAG and situated in the state of North-Rhine Westphalia (NRW), will be given permission to stay operational or whether they need to be retrofitted or shuttered.

Nov 5 – Germany should think of its climate policy plans on a European and ultimately global level, economists Gabriel Felbermayr (Wifo Institute Kiel), Clemens Füst (Ifo Institute Munich) and Jens Südekum (University of Düsseldorf) said in a joint statement. The economists call for a Europe-wide CO2 price to act as a central instrument to reduce emissions whereby the EU emissions trading system should include all sectors, notably heavy industry and transport.

Nov 4 – Germany's new government must agree on a wide variety of policy instruments to achieve its 2030 climate target in the transport sector, a Prognos report says. "A high CO2 price alone is not enough to reach the tightened climate targets," analysts find, adding that "an ambitious mix of measures is necessary” to have a chance of meeting the new goals which are still subject to much controversy.