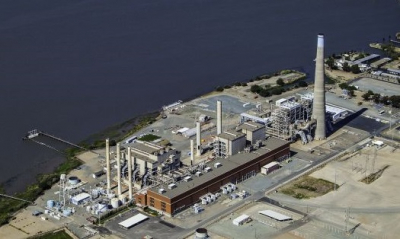 Siemens Energy is installing a battery energy storage system at Marsh Landing Generating Station, due operational in early summer 2021. The system can support up to three attempts to restart the 720 MW plant’s auxiliary system without the need of external power supply in the event of an outage or blackout.

Sept 22 – The global biogas market is set to expand at a rate of 8.4% annually and reach $88.47 billion in 2025. According to ResearchAndMarkets, the main growth drivers are small-scale power generators that use biogas derived from municipal or agricultural waste through anerobic digestion.  Europe was the largest region in the biogas market in 2020, though Asia Pacific recorded the fastest growth.

Sept 20 – The Executive Director of the International Energy Agency (IEA), Fatih Birol has been named as one of the 100 most influential people by Time Magazine in its annual list. ““In a world where facts are assaulted, Fatih Birol combines the best of high-tech data, optimistic know-how and old-school rhetorical finesse,” US Special Presidential Envoy for Climate John Kerry commented, suggesting the IEA head would use his authority to “slash carbon emissions and save our planet.”

Sept 14 – Gazprom has handed an EPC contract to Linde, Renaissance Heavy Industries and RusKhimAlyans, to build a gas liquefaction plant within the Gas Processing Complex (GPC) at the port of Ust-Luga, west of St Petersburg. The GPC will process ethane-containing gas into various fuels, and the two-Train liquefaction plant will have a design capacity for 13 million tons of LNG per year.

Sept 13 – Australian LNG exporter Santos has completed the takeover of Oil Search in a deal worth A$8.40 billion (US$6.25 billion). The all-share transaction brings together upstream oil and gas and LNG export assets in the Timor Sea, the Australian state of Queensland and in Papua New Guinea. Under the deal, Santos holds a 61.5% share of the merged company and Oil Search the remaining 38.5%.

Sept 10 – Rolls-Royce Energy Solutions is showcasing a range of sustainable power solutions at the DSEI trade show in London this week. The company’s is currently exploring how its Defence business can contribute to wider corporate objectives such as sustainability, electrification, and the development of digital technologies

Sept 8 – Wärtsilä has developed and delivered a mobile battery container to enable inland waterway vessels to operate with zero emissions to ZES, a Dutch company founded in 2020 by ING Bank, the French utility Engie and the Port of Rotterdam. The two containers were delivered in June and the batteries are in continues operation since then.

Sept 7 – Today, the European Union (EU) funded HEATLEAP project has been launched to demonstrate the benefits of waste heat recovery systems such as large heat pumps for industries and gas expanders for electric utilities. Turboden will coordinate the project whereby heat pumps and gas expanders are tested at real scale.

Sept 6 – Integrated solutions specialist EnerMech has secured several multi-sector contracts in the Americas. The multiple sector awards span the oil and gas, petrochemicals, maritime, and power generation industries. The largest contract is for nitrogen and leak testing of installations for an E&P operator in offshore Gulf of Mexico. As a result of these new awards EnerMech doubled its electrical team, and increased the number of mechanical pipefitters.

Sept 3 – ACWA Power International has launched an initial public offering (IPO) to list its shares on the Saudi stock exchange, the Tadawul. The ACWA Power share sale will be the biggest in the Kingdom since the 2019 floatation of Saudi Aramco, which sold 1.5% of its shares and the trading debut valued the oil and gas business at $1.88 trillion.

Sept 2 – Iran’s Thermal Power Plant Holding (TPPH) has urged the energy ministry to take precaution to avoid fuel shortages in the coming winter. “We have faced serious problems last year due to the lack of gas and liquid fuel required by the power plants, and there is a concern that we will not be able to fully meet the country’s electricity needs this winter either,” said TPPH’s managing director Mohsen Tarztalab. Since households customers are prioritised and significantly increase their gas consumption in the coal season, power generators often have to resort to burning liquid fuels instead.

Sept 1 – LYTT, a provider of real-time insights to oil and gas operators through a fiber optic sensor, LYTT is testing novel technology to monitor CO2 transport and migration in storage reservoirs together with SINTEF, an institute for applied research. Tracking dynamic multiphase flow is essential when monitoring the long-term effectiveness of carbon capture storage (CCS).

Sept 1 – Gazprom’s board of directors has approved 2.9 times more financing for new gas supply and infrastructure in 2021-2025 than in the previous five-year period. Over two-thirds of the investments will be made in rural areas, Gazprom explained, and by 2026, the gas grid expansion is planned to be “completed to the fullest extent possible in 35 regions of Russia.”