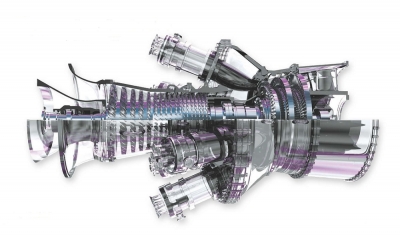 GE’s Power Services has applied the Advanced Gas Path (AGP) solution in the cement industry for the first time, following an order win for a GE 6B turbine from Saudi Cement. In addition, an order from Ohgishma Power marks the first win for GE’s 9F AGP technology in Japan.

May 27 – The Chinese government has lifted restrictions on private travel since April which pushed up demand for transport fuels. Gasoline demand has recovered particularly fast and is expected to return to last year’s levels by June 2020. Wood Mackenzie estimates gasoline consumption to reach 3.4 million barrels per day (b/d) in the second quarter, down just a 0.8% year on year. Diesel or gasoil demand is expected to reach 3.4 million b/d in Q2 2020, a 3% decline year-on-year. Overall, China’s oil demand is seen rise a “modest” 13.6 million bpd, or 2.3%, in the second half of 2020.

May 1 – Wärtsilä has signed a 10-year maintenance and service agreement with one of Argentina’s upstream companies. Under the deal, Wärtsilä provides a guaranteed performance for a 57.6 MW onsite power plant in the southern part of Argentina, with excess power sold to the national grid.

April 30 – Zinc8 Energy Solutions has entered a cooperation with the New York Power Authority (NYPA) to install a zinc-air battery energy storage, backed by $2.55 million in state funding over a three year period. The Zinc8 ESS units can deliver power in the range 20-50 MW, with capacity of 8 hours of storage duration. The project will help New York State achieve its goal of installing 3 GW of energy storage by 2030.