MHPS to upgrade components at two CCGTs in Egypt 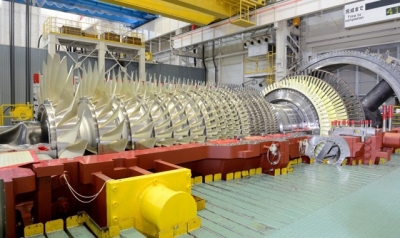 Mitsubishi Hitachi Power Systems (MHPS) has been awarded a contract to upgrade the Sidi Krir and El Atf combined-cycle gas power plants in Egypt. Both CCGTs operate with a rated output of 750 MW, based on two M701F gas turbines. Upgrade works are slated to start in the first half of fiscal 2021.

June 16 – The US Navy has taken delivery of the USS Zumwalt, its first full-electric power and propulsion ship, equipped by GE’s Power Conversion. The ship features a high-voltage system, propulsion drive trains with multi-phase VDM25000 power converters and advanced induction motors. Kevin Byrne, head of GE’s North America marine segment said “the full-electric power and propulsion ship has the flexibility to direct energy where it is needed on the platform.”

June 15 – Spot electricity prices in New England (NE) has fallen since winter 2019/20 when it stood at an average $28/MWh, down 40% from an average $47/MWh in the previous winter. Low natural gas prices, warmer-than-normal temperatures, lower loads, and reduced needs to run expensive peakload generators were the cause for the substantial drop in NE’s winter electricity prices, the U.S. Energy Information Administration (EIA) finds.

June 12 – Calpine Corp has closed $1.1 billion Climate Bonds Certified financing for its subsidiary, Geysers Power, the largest complex of geothermal power plants in the U.S. Geyers will use the proceeds to repay some debt it owes to Calpine and to fund ongoing operations and maintenance.