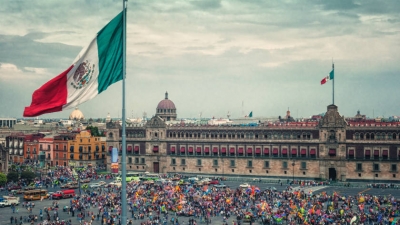 Mexico should pursue an “active competition policy” in order to harness the benefit of the reform of its energy market initiated in recent years, the International Energy Agency (IEA) said.

Published in Regulation & Policy
More in this category: « Italy to unveil new biomethane incentive scheme Boost for gas as European nations agree to tighten up ETS »

May 1 – Wärtsilä has signed a 10-year maintenance and service agreement with one of Argentina’s upstream companies. Under the deal, Wärtsilä provides a guaranteed performance for a 57.6 MW onsite power plant in the southern part of Argentina, with excess power sold to the national grid.

April 30 – Zinc8 Energy Solutions has entered a cooperation with the New York Power Authority (NYPA) to install a zinc-air battery energy storage, backed by $2.55 million in state funding over a three year period. The Zinc8 ESS units can deliver power in the range 20-50 MW, with capacity of 8 hours of storage duration. The project will help New York State achieve its goal of installing 3 GW of energy storage by 2030.

April 29 – The UK continues to break its coal-free record as thermal coal-fired power plants currently remain off the system, according to National Grid data. Faltering demand due to the pandemic and high renewable energy supply radically altered the energy mix in many developed countries, with power in-feed from solar PV reaching 10 GW in Britain at the start of this week. “Coal is due off the system by 2025 and renewables have shown they are cost competitive with a viable route to market,” Delta-EE director Andy Bradley commented.