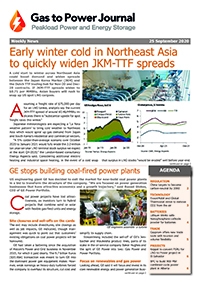 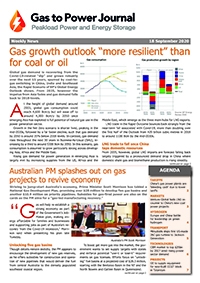 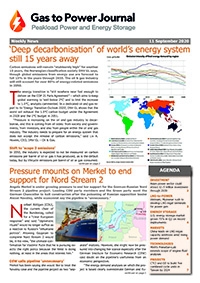 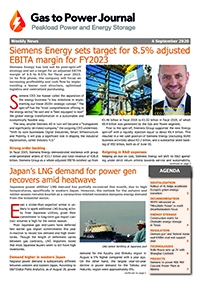 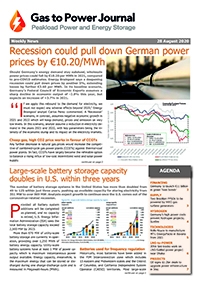 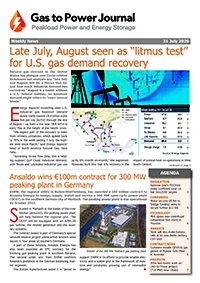 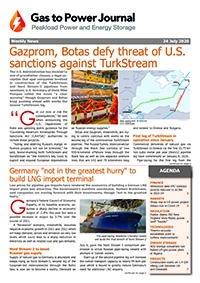 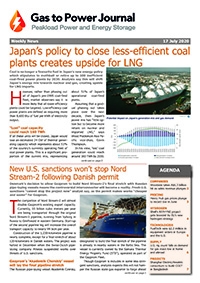 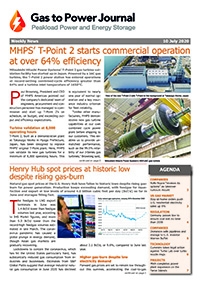 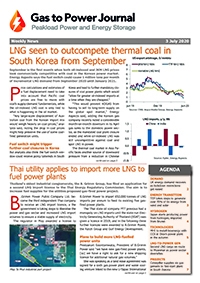 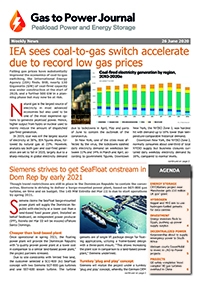 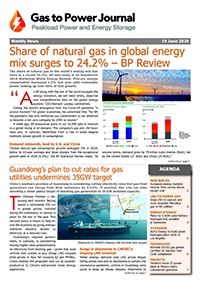 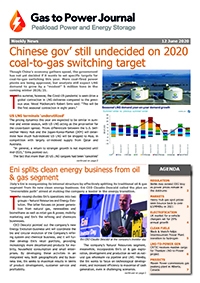 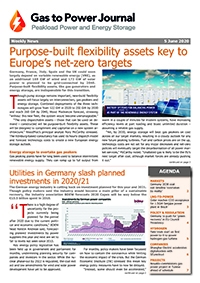 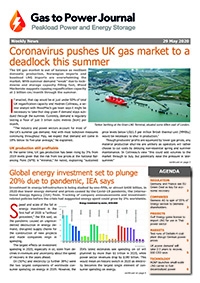 Oct 1 – Cost for battery production is falling rapidly as manufacturers bring large Gigafactories on-line. By 2030, Bloomberg New Energy Finance anticipates battery pack prices to drop to $73 per kilowatt-hour, down from a current volume-weighted average of below $270/kWh.

Sept 30 – UK’s prime engine maker Rolls-Royce is understood to be close to getting fresh financing from Barclays Bank. The Derby-based company, however, insists no final decision has been taken on the precise amount that may be raised or any allotment of shares to any investor.

Sept 29 – Petronas Dagangan Group is gearing up to build a LNG truck delivery service for off-grid customers in Peninsular Malaysia. Trucks fitted with cryogenic tanks will bring the super-chilled fuel to remote industries and small-scale power generators with no access to the natural gas grid. Malaysia’s Peninsular Gas Utilisation (PGU) pipeline is only 2,500 kilometers in length and was initially built to export gas to Singapore.

Siemens to reduce emissions at NLNG

Sept 28 – Nigeria LNG has contracted Siemens Energy to provide a cryogenic boil-off gas (BOG) compression train for its liquefaction plant on Bonny Island. The new BOG train will be driven by an high-efficiency electric motor and includes two compressors. Manufactured in Duisburg, Germany, the equipment will be delivered in the fourth quarter of 2021.

Sept 25 – The global market for supercapacitors was valued at over $487 million last year and is forecast to top $1,570 millio by 2025, growing at an annual rate of 21.8%. Supercapacitor, an emerging technology for energy storage systems, can offer higher power density than batteries was may soon replace the latter.

Sept 24 – Atos, a global leader in digital transformation, has expanded its strategic partnership with Siemens AG for five years, helping the latter with data driven digital, cloud transformation and cybersecurity. The extension comes in the context of 5-year total €3 billion agreements which were separately signed with Siemens AG, Siemens Energy and Siemens Healthineers.

Rotterdam Port to store CO2 beneath the North Sea

Sept 23 – The Porthos project, a joint venture between the Port of Rotterdam Authority, Gasunie and EBN, seeks to transport CO2 from industry in the port to empty gas fields beneath the North Sea. In its early years, the Carbon Capture Utilisation and Storage (CCUS) will be able to store approximately 2.5 million tonnes of CO2 per year with plans to be operational by 2024.

Sept 22 – Revisions to Germany’s Renewable Energy Act (EEG) stipulate the power sector should become greenhouse-gas neutral in the early 2040s. Despite the gradual electrification of heating and transport, the German energy ministry is so far sticking to its estimate of 580 terawatt-hours (TWh) of power consumption in 2030 – close to current levels.

B&W to supply superheaters to Lumiant

Sept 17 – The European Commission’s latest 2030 Target Plan stipulates a 55% cut in emissions by 2030, compared to 1990-levels. The lobby group COGEN Europe stressed the importance of combined heat and power generation (CHP) to reach that goal, calling for more stable policies and supportive regulation.

Sept 17 – Britain’s prime manufacturer Rolls-Royce confirmed it is looking to strengthen its balance sheet, possibly by disposing of ITP Aero which his hoped to generate proceeds of more than £2bn over the next 18 months. Further cost cutting is meant to deliver £1 billion and revamping of the company’s Civil Areospace business should save another £1.3 billion.

Sept 16 – China’s GDP is forecast to grow 1.8% this year as the economy recovers from the Covid-19 pandemic. The government slashed electricity tariffs to support manufacturing but the Asian Development Bank (ADB) warns of mounting credit risk for banks. Fiscal revenue pressure also intensifies as 1.5% of China’s GDP growth in the first half of 2020 was based on bond-funded investment by local governments.

Sept 15 – Colruyt Group (Eoly), Parkwind and Fluxys aim to spend up to 35 million Euros to develop a green hydrogen plant in Zeebrugge, Belgium, by 2023. The plan is to convert off-shore wind energy into green hydrogen which can then be injected in the high-pressure natural gas transmission grid.

Sept 14 – Global markets for unconventional gas, mostly developed by shale fracking, is forecast to grow at an annual rate of 7% to reach $ 41.76 billion by 2024. According to Technavio, the Americas region will remain dominant with an 87% market share as hydraulic fracturing technologies evolve. Top players in the market are BP, Chevron, ConocoPhillips, Exxon Mobil, PetroChina, Gazprom, Shell, Santos, Saudi Arabian Oil Co., and YPF.

Sept 11 – Two Italian energy companies, SNAM and Saipem, have agreed to develop initiatives for green hydrogen production and transport, as well as for carbon dioxide capture, transport and reuse or storage (CCRS). The move supports the European Commission’s Hydrogen Strategy to reach net-zero emissions by 2050.

Sept 10 – MAN Energy Solutions and Wasco have signed a Memorandum of Understanding (MOU) to promote and commercialize Power-to-X (PtX) projects in South-East Asia. The technology in question converts electricity into carbon-neutral synthetic fuels, gas or liquid, for use as a clean, carbon-neutral energy source.

Sept 9 – Romania’s state gas company Romgaz has agreed to build 200 MW power generation capacity with the privately-owned Grup Servicii Petroliere (GSP) which is controlled by the local businessman Gabriel Comanescu. The project entails a 150 MW gas-fired power plant and a 50 MW solar photovoltaic park, to be built on the site of a disused coal power plant in southern Romania.